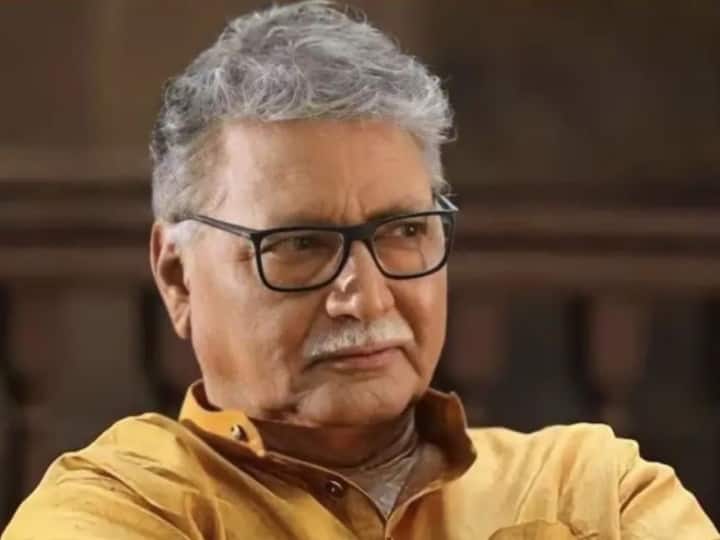 Vikram Gokhale in Hospital: The condition of strong actor Vikram Gokhale of Hindi and Marathi cinema is said to be very critical. At present, the veteran actor is on ventilator in the ICU of Pune’s Pandit Deenanath Mangeshkar Hospital. Amidst all this, the rumor of the death of Vikram Gokhale had also spread. However, his daughter Neha told that Vikram Gokhale is still in a coma, his condition is serious and the news of his death is a rumour. Here, as soon as the rumor of Gokhale’s death spread, many celebs started paying tribute to him. These include many stars including Ajay Devgan, Mukesh Chhabra, Nawazuddin Siddiqui.

Ajay Devgan tweeted tribute
Bollywood actor Ajay Devgan also shared a picture of Vikram Gokhale and paid tribute to him. The ‘Drishyam 2’ actor wrote in his tweet, ‘Vikram Gokhale Sir played many roles with seriousness. Always stand strong. I had the privilege of sharing screen time with him. His departure is very sad. I pray that his soul gets eternal peace. RIP Vikram Sir. Condolences to his family Om Shanti

Vikram Gokhale Sir brought a lot of gravitas to the roles he essayed. He always stood tall. I had the good fortune of sharing screen time with him. His passing away is very sad. I pray his soul finds eternal peace. RIP Vikram Sir.
Condolences to his family 🙏🕉Shanti pic.twitter.com/8oAWP2zBjm

Sad to hear the demise of veteran actor #VikramGokhale Ji one of the finest talented actor, his contribution in Hindi & Marathi cinema for his performance will always be remembered.#OmShanti pic.twitter.com/yvIh1EJQ1r

May god rest your soul in peace sir #VikramGokhale pic.twitter.com/fk4nEOQESE

read this also:-Birthday Special Nivedita Tiwari: Worked in many serials… still remained anonymous, know who is Nivedita Tiwari, what does she do nowadays