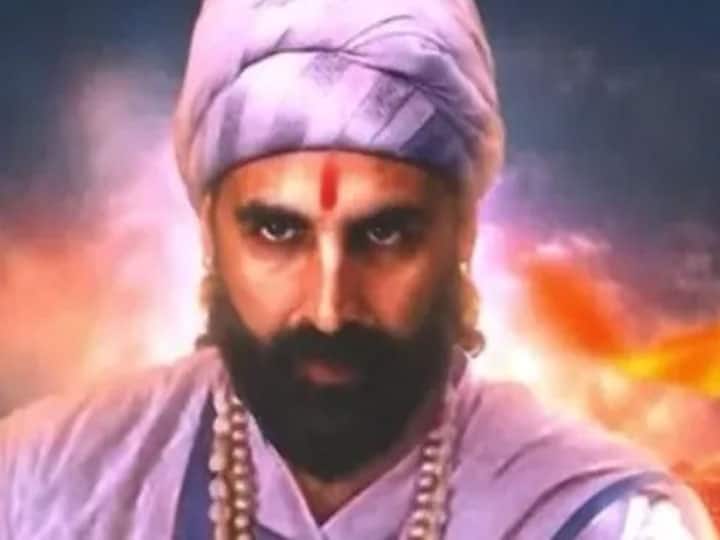 Akshay Kumar Marathi Debut Film Vedat Marathe Veer Daudale Saat: Every year 6 to 7 films of Akshay Kumar are released. This year also all his films were released, some of which proved to be hits and some were flops. However, this did not disappoint neither Akshay nor his fans. Now again he is gearing up with his new film. Another film of his has been announced. Khiladi Kumar will soon be seen in the Marathi film ‘Vedat Marathe Veer Daudale Saat’, which is being directed by Mahesh Manjrekar.

The animated teaser of ‘Vedat Marathe Veer Dadale Saat’ has been released. Akshay Kumar will play the role of Chhatrapati Shivaji Maharaj in the film. Akshay Kumar is going to take his first step in the Marathi film industry with this film. Recently Chief Minister of Maharashtra Eknath ShindeThis mega film was announced by Mahesh Manjrekar in the presence of MNS President Raj Thackeray and Akshay Kumar. During this, the first look of Akshay Kumar from the film was also launched.

Its actually a big responsibility to play such a legendary role. I feel so good to be playing this part. It is going to be a dream come true role for me, says @akshaykumar at the launch of Pan India Marathi Film, #VeerDaudaleSaat pic.twitter.com/gmm6IvnUur

Along with Akshay Kumar, ‘Bigg Boss Marathi’ fame Jai Dudhane, Utkarsh Shinde and Vishal will also be seen in the film. At the same time, Mahesh Manjrekar’s son Satya Manjrekar will also be seen in this film. Satya will play the role of Dattaji Page in this. The story of the film is of seven Maratha heroes, one of which will be Maratha Chhatrapati Shivaji Maharaj, whose character will be played by Akshay.

There is talk of release of ‘Vedat Marathe Veer Daudale Saat’ in Hindi language as well. It is expected that this film will be released next year. Diwali Will be released on the occasion. At the launch of the film, Akshay Kumar told that he was insisted by Raj Thackeray to play the role of Chhatrapati Shivaji Maharaj.

read this also: Rajinikanth did not attend actor Puneet Rajkumar’s Funeral, emotional Thalaiva has now given the reason