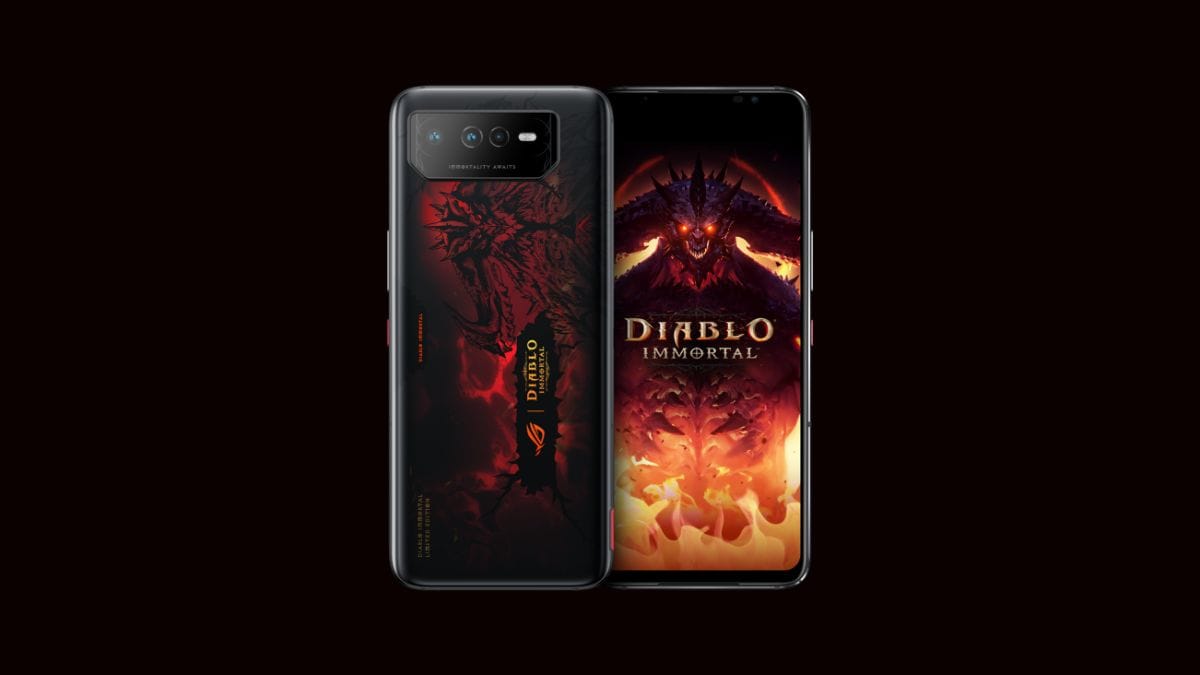 Asus ROG Phone 6 Diablo Immortal Edition has been launched by the Taiwanese company in association with Blizzard. The latest edition of the ROG Phone 6 will sport the Aura RGB logo with Diablo Immortal graphics. The rear panel of the smartphone will feature a Hellfire Red semi-matte design. Buyers can add and customize the software of the handset to add Diablo theme, icons, and sound effects. The special edition of the ROG Phone 6 is powered by a Qualcomm Snapdragon 8+ Gen 1 and comes with 16GB LPDDR5 RAM and 512GB UFS 3.1 storage. The Asus ROG Phone 6 made its debut in India in July.

The special-edition smartphone is packed in a box resembling the Horadic Cube. The interior of the packaging comes with a legendary in-game item called the Worldstone shard. There’s also a map of the Sanctuary world and the King Fahir light torch. All of these would be familiar to fans of the series.

According to the company, the Asus ROG Phone 6 Diablo Immortal Edition will also come with a limited-edition Shield Blessing Aero Case bumper and a Diablo emblem SIM ejector tool.

To recall, buyers will have the option to customize the software of the smartphone to add the Diablo theme as well as add animations, icons, and sound effects. The Asus Diablo Immortal ROG Phone 6 is powered by a Qualcomm Snapdragon 8+ Gen 1 and features 16GB LPDDR5 RAM and 512GB UFS 3.1 storage.

Both phones feature triple rear cameras, comprising a 50-megapixel Sony IMX766 main sensors, 13-megapixel ultra-wide-angle cameras with 125 degrees of field of view, and 5-megapixel macro cameras. For selfies and video calls, the handsets feature 12-megapixel cameras, according to the company.