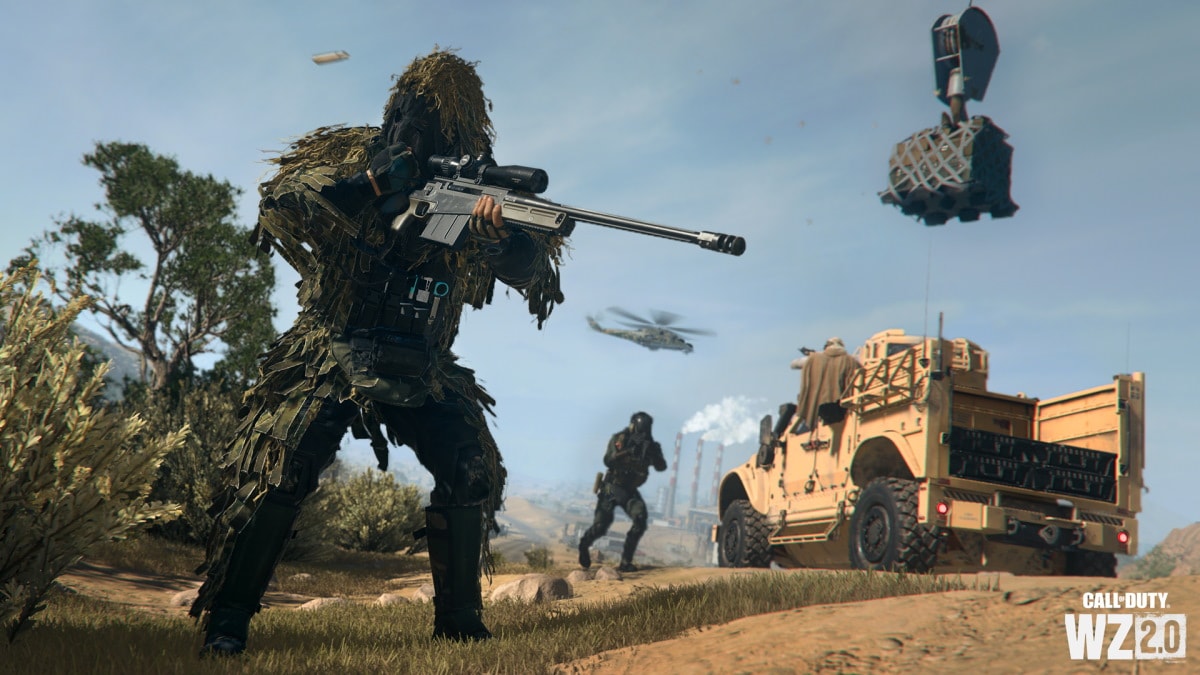 Call of Duty: Warzone 2.0 and Modern Warfare 2 are prepping for their season one arrival on November 16, Activision has revealed in a blog post. As a “new era” in the franchise, the latest Call of Duty title will reimagine maps on the multiplayer front, a new Special Ops mode, an all-new battle pass, and a football-themed event. With the new battle royale’s launch on the horizon, the publisher has confirmed that the first Warzone will be taking a short, 12-day break. Both Call of Duty: Warzone 2.0 and Modern Warfare 2’s season one multiplayer launch across PC, PS4, PS5, Xbox One, and Xbox Series S/X.

Access to the currently-running Call of Duty: Warzone will continue as normal until November 16, after which, it will be subject to a “short intermission,” coinciding with the release of its sequel. On November 16, at 9:30pm IST in India/ 8am PT in the US, 2020’s Warzone servers will temporarily go offline, paving way for Warzone 2.0’s launch at 11:30pm IST. During the downtime, developer Raven Software will be focused on ensuring that the new title is running as intended, encouraging players to jump into the sequel.

The 12-day downtime ends on November 28, at 11:30pm IST/10am PT, after which the original Warzone game will be brought back online, albeit with a new name, Call of Duty: Warzone Caldera, which refers to a map released as part of its integration with 2021’s World War II-themed Call of Duty: Vanguard, As a token of appreciation, those who played the original battle royale title will be rewarded with some unspecified items to use in Warzone 2.0, Keep in mind that no progression and player cosmetics will be carried over to either game, as they function as separate entities.

Billed as a “fully revamped experience,” Call of Duty: Warzone 2.0’s biggest sell is its new Al Mazrah map, boasting 18 major points of interest, as you chart your victory through coastal towns, deserts, rocky peaks, and an entire city to explore. Season One introduces a third-person mode to the battle royale sequel, with returning custom loadouts that give players quick access to their preferred weapons. Similar to the original Warzonethese can be accessed via in-map shops, random and triggered loadout drops, and can also be earned as a reward for clearing a Stronghold or Black Site.

The looting system will be more streamlined by implementing a new Backpack system. “–like the previous Warzone, Supply Boxes will throw out items to pick up. When a player interacts with any other loot container, such as a duffel bag, medical case, they will function with a loot menu. When a player dies, they will drop their Primary Weapon on the ground and their Backpack, which contains the rest of their content, is accessed through a loot menu,” the post reads.

Warzone 2.0 will bring a 2v2 Gulag environment, where randomly paired duos must coordinate to take down the opposition and head back into the game. Just like the original, operators will be handed predefined weapons ahead of these rounds, ranging from mere pistols to a shotgun. But there’s an alternate way to escape the cells as well, called the Jailer, who will randomly appear in the middle of combat. Defeating them returns all four Gulag prisoners back into the game, creating a dilemma on whether both duos agree to wait and fight the powerful enemy together. Then there’s the promise of aquatic combat, new vehicles, and AI combatants in select areas to speed up gameplay.

On the same November 16 launch day, Call of Duty: Modern Warfare 2 commences its season one multiplayer component. Ditching the linear progression system at the bottom of the screen, used by most titles these days, Activision is adding a unique spin to its battle pass. Presenting itself as a multi-sector map, allowing players to unlock five items in each of its 20 sectors using earned Battle Token Tier skips. Players will be granted more agency in the type of weapons they want to unlock: “Are you looking for a particularly impressive Operator Skin, Weapon Blueprint, or one of the new weapons? Then pick the appropriate Sector and start acquiring tokens to unlock those items!” Further details on the same will be revealed in time.

Season 1 is bringing two reimagined multiplayer maps — the competitive CDL Moshpit and co-op-focused Special Ops content. In a future Modern Warfare 2 season, developer Treyarch is teaming up with Infinity Ward to provide a ranked multiplayer experience. And while this mode is being fine-tuned for its eventual reveal, the developers have created a new CDL Moshpit for Season 1, which utilizes the official Call of Duty League’s (tournament) standard rules and map rotation, as players partake in three game modes : Hardpoint, Search & Destroy, and Control. Think of it like practice for the actual content.

The co-op Special Ops segment is getting a new mission as well. Dubbed “High Ground,” the mode puts duos into an extraction mission to locate three hard drives with vital enemy intel. One operator will be tasked with piloting an attack chopper to clear out landmines, while the other teams up with AI allies to infiltrate the buildings containing the equipment.

Then there’s Raid Episode 1, which continues the story of Modern Warfare 2’s campaign, adding a slew of puzzles and action set pieces, as a group of trios create havoc. Previous reports indicated that Activision had plans to grow the campaign content in 2023, via a premium expansion. Of course, that DLC is separate from the aforementioned Raid Episode 1 and will not be available as a free update.

Call of Duty: Modern Warfare 2 season 1 is also adding renowned footballers into the mix as operator skins. specifically, Lionel Messi, Neymar Jr.and Paul Pogba, They can be unlocked by picking special limited-time bundles, albeit each athlete will be available on separate dates. The Brazilian star Neymar will debut on November 21, the French Pogba debuts on November 25, and the Argentine Messi completes the operator hat trick on November 29.

The inclusion of said footballers was previously revealed in a datamine leakand is probably set to coincide with the real-life FIFA World Cup tournament, kicking off on November 20. “More details, including information on a limited-time CODBall mode and a community Support Your Team Pick’em minigame, will be shared in-season,” the blog post adds.