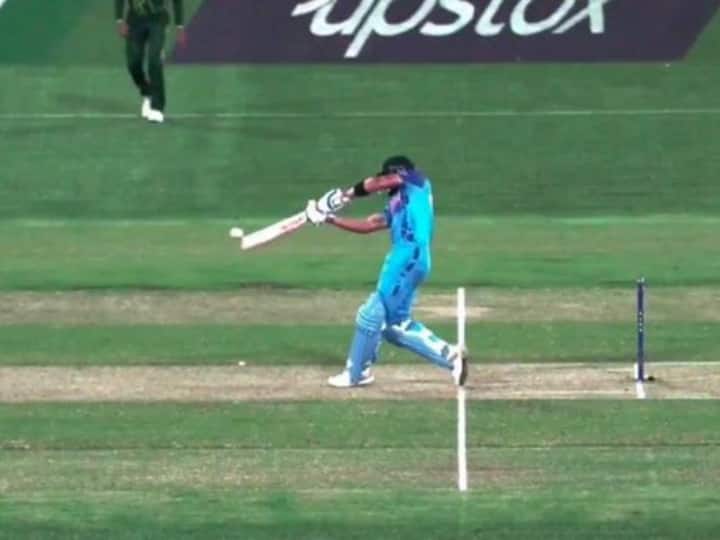 IND vs PAK 2022, No Ball Controversy: In their first match of T20 World Cup 2022, the Indian team defeated Pakistan by 4 wickets. This match played between India and Pakistan was full of thrill till the last ball. Team India needed 5 runs to win off the last 3 balls, but the next ball was a free hit. Virat Kohli was in front of Mohammad Nawaz on that free hit. Actually, Mohammad Nawaz bowled Virat Kohli on that ball, but after hitting the wicket, the ball went towards the third man, after which Indian batsmen Virat Kohli and Dinesh Karthik ran to complete 3 runs.

Was there injustice to Pakistan?

Actually, Pakistani fans are claiming on social media that it has been unfair to Pakistan. Pakistani fans say that the ball becomes dead after hitting the wicket. However, this is not correct according to the MCC Law of Cricket. According to the MCC Law of Cricket, the ball is dead when it is settled in the hands of either the wicketkeeper or the bowler. At the same time, apart from this, if he goes outside the boundary line and the batsman is out, he is declared dead. Also, if the batsman is not out, then the ball will not be considered dead.

What are the rules of MCC Law of Cricket called?