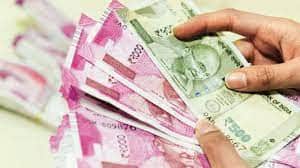 18 Months DA Arrears Latest News Today 2022: A decision can be taken soon regarding the 18 months DA arrears of Central Employees. In this regard, the Cabinet Secretary has given time to discuss the matter under the pressure of pensioners and employees union.

since when did not get the money

The Central Government stopped DA due to Corona Pandemic, then DA was increased from July 2021. Central employees have not received the outstanding DR of 3 installments from January 2020 to June 2021. During this the DR is 11 percent. Meanwhile, the government has not given any money for 18 months DA. The government had said that dearness allowance was frozen. The hike in DA started from July 2021 and the government is now increasing the DA from time to time.

See how much DA you will get

Dearness Allowance (DA) and Dearness Relief (DR) are given to government employees and public sector employees and pensioners by the government. In this, the DA arrears of Level-1 employees is between Rs 11,880 to Rs 37,000. At the same time, Level-13 employees will get Rs 1,44,200 to Rs 2,18,200 as DA arrears.