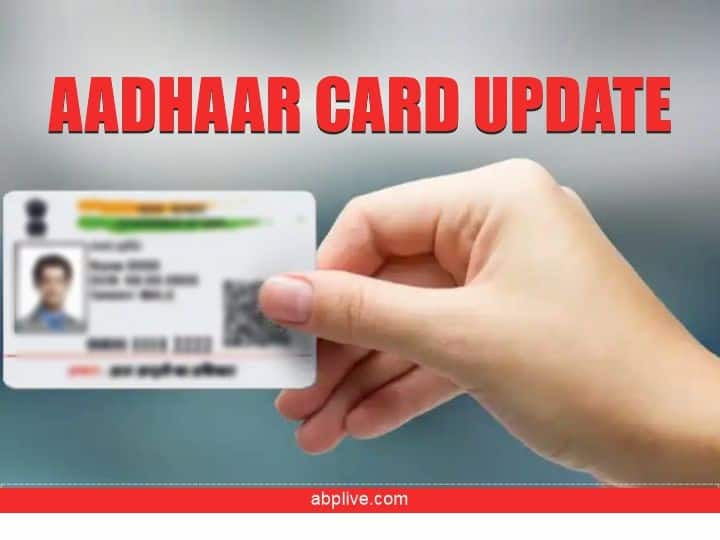 In such a situation, if any information has been wrongly entered in your Aadhaar, then you can easily get it corrected. Aadhaar gives the facility to update all the information like name, date of birth, gender, mobile number, address etc. If you have a question in your mind that how much will you have to pay for updating different information in Aadhaar card, then we are giving you information about it.

How many times can I update Aadhaar card?
Let us tell you that any citizen gets the facility of getting Aadhaar card made only once in his entire lifetime. At the same time, you can definitely get it updated according to your need. You can update your name in Aadhaar only once. At the same time, date of birth and gender can also be updated only once. Apart from this, the address can be updated repeatedly (Aadhaar Card Update).

Recently, UIDAI has advised all its Aadhaar holders that if it has been more than 10 years since their Aadhaar card was made, then they should get their Aadhaar updated once. In this, he can also get the biometric information updated. It is worth noting that UIDAI has not made it mandatory to update Aadhaar card after 10 years. It is the choice of the Aadhaar user whether he wants to update his Aadhaar or not.

Know how much fee will have to be paid for updating Aadhaar
For updating any demographic details like name, address, date of birth, gender etc., you will have to pay a fee of Rs.50. On the other hand, if you want to update the biometric details of Aadhaar like fingerprint and iris, then you will have to pay a fee of Rs 100. At the same time, you will not have to pay any kind of fee for Aadhaar enrollment and biometric update of children. Along with this, if you are charged more than the prescribed limit in the Aadhaar center, then you can complain about it. You can register your complaint by calling 1947. Along with this, you can get Aadhaar updated through both online and offline.

Importance of Aadhaar
In today’s time, Aadhaar card is a very important document, which is used for all the tasks ranging from admission in school, college, taking advantage of government schemes, buying property (Property Tips), opening bank account etc. is used for. In such a situation, it is very important for all citizens to have an updated Aadhaar card.