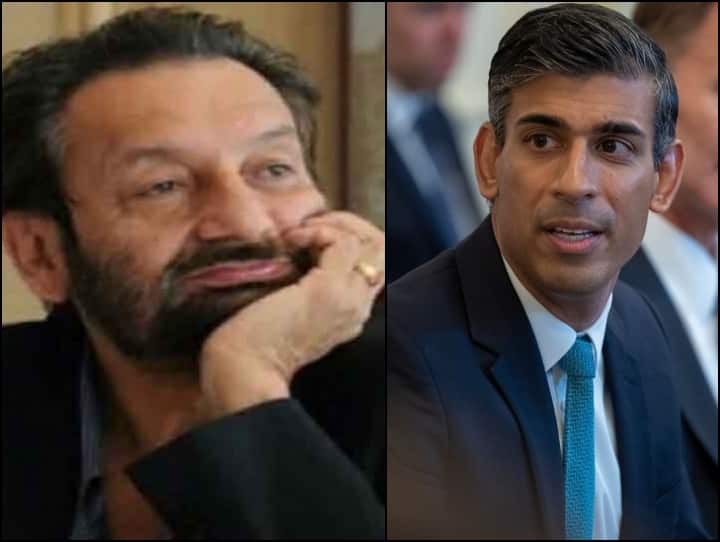 Shekhar Kapur On Britain PM Rishi Sunak: The name of Rishi Sunak, who became the new Prime Minister of Britain, has been a topic of discussion all over the world for the last few days. Rishi is of Indian origin, due to which there is a wave of happiness in India too. The process of congratulating him through social media continues. Bollywood stars are also congratulating him. Meanwhile, now well-known director Shekhar Kapur has remembered his old days.

Bollywood director Shekhar Kapur has made a tweet congratulating Rishi Sunak on becoming the Prime Minister of Britain. Through this tweet, Kapoor has remembered his days when he went to the UK for the first time. At the same time, he also disclosed that he was also beaten up there.

In this tweet, Shekhar Kapur wrote, “When I went to the UK for the first time as a student, I saw Indians there sweeping the floors and corners of shops at Heathrow. My friends used to call me Abdul. I was even beaten up because I dared to go out with a British girl.”

Shekhar Kapur further wrote, “Thank you Rishi Sunak you are part of a big global change.”

When I first went to the Uk as a student, Indians were most likely seen sweeping the floors at Heathrow. Or corner shops. My friends randomly called me Abdul, and was beaten up because I dared go out with a white girl.

Thank you #RishiSunak you are part of a huge global shift

Congratulations to these stars

However, Rishi Sunak is the first person of Indian origin to have held the post of Prime Minister of UK. Before Shekhar Kapoor, many stars like Amitabh Bachchan, Neetu Kapoor, Vivek Agnihotri, have congratulated him through social media. At the same time, well-known musician Ayan Ali Bangash also congratulated Rishi by sharing an old photo recently. In that photo, Bollywood actress Sonam Kapoor and her husband Anand Ahuja, director Shekhar Kapoor, composer Amjad Ali Khan were seen with Rishi.