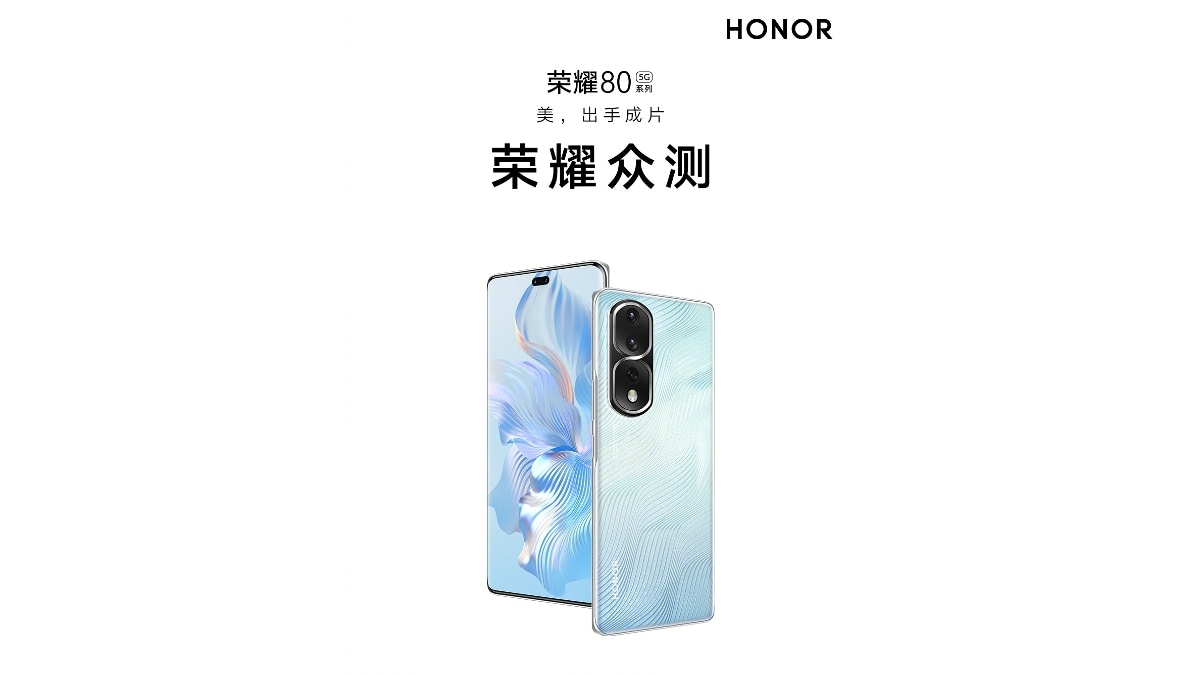 Honor Magic Vs is set to launch in China on November 23. The company has now confirmed that this foldable smartphone will be accompanied by the Honor 80 series. This lineup is expected to include the vanilla Honor 80, Honor 80 Pro, and Honor 80 Pro+. The Chinese smartphone brand has also unveiled the complete design of the Honor Magic Vs and Honor 80 series. The company is yet to reveal the specifications and pricing details regarding these upcoming handsets.

honor revealed the complete design of the Honor Magic Vs via a posts on Weibo. This foldable smartphone appears to have a wavy pattern on the back. The camera module seems to house three image sensors of different sizes. In addition, its cover display is depicted with a centrally-aligned hole-punch slot.

The Chinese smartphone brand had confirmed Last week that the Honor Magic Vs will be launched in China on November 23 at 2:30pm CET (12:00pm IST). Honor is expected to also unveil the Magic UI 7.0 operating system alongside this foldable smartphone.

The Honor 80 series is now also set to launch on November 23. The company declared on Monday that its next flagship series will also debut on November 23. It shared a teaser video revealing the complete design of this upcoming lineup. The Honor 80 series is also depicted to sport a wavy pattern on the back with a triple rear camera setup. Furthermore, it appears to feature a pill-shaped notch on the display.

Recent rumors suggest that the vanilla Honor 80 may pack a MediaTek Dimensity 1080 SoC, whereas the Honor 80 Pro may get a Qualcomm Snapdragon 778G. Meanwhile, the top-of-the-line Honor 80 Pro+ is expected to be powered by a Snapdragon 8+ Gen 1 SoC. It may also feature a 200-megapixel main camera and come with support for 100W fast charging.

Amazon Founder Jeff Bezos Plans to Give Away Majority of His Wealth to Charity, Fighting Climate Change

Review of the Moto E22s