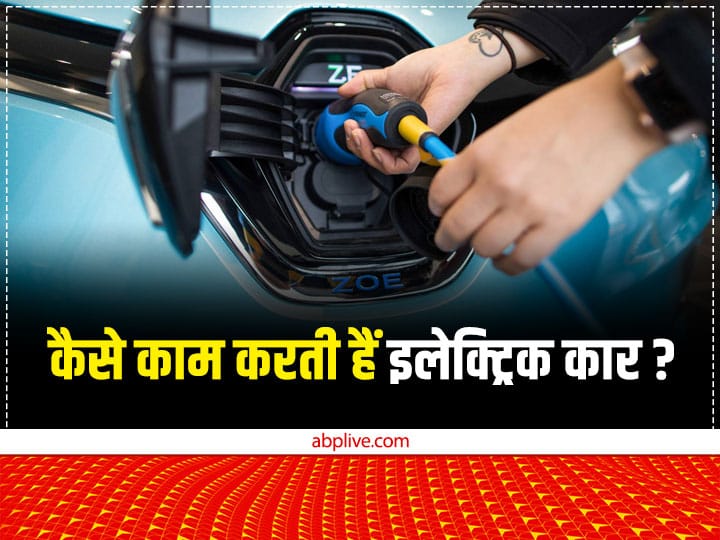 Electric Car : The trend of people towards electric cars has increased rapidly. People have now started talking about electric cars. Have started thinking about buying it too. A major reason behind this is the increase in the prices of petrol and diesel. Electric cars do not run on petrol-diesel or other fuel, they run on batteries. So, have you ever wondered how it works? If you have not thought, then let us force you to think. Some major components play a major role in running an electric car. In today’s news we will talk about this.

how does electric car work