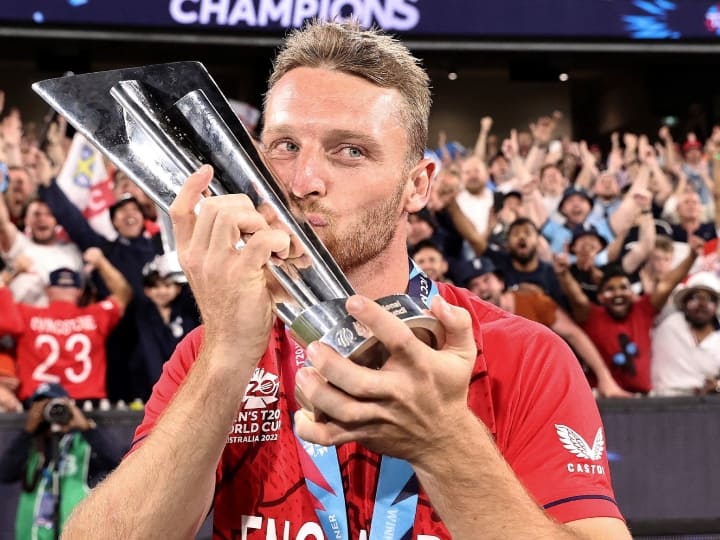 Jos Buttler Mahendra Singh Dhoni T20 World Cup 2022: England captured the title by winning the T20 World Cup 2022 final played in Melbourne on Sunday. England registered a historic victory by defeating Pakistan by 5 wickets in the title clash. With this victory, England has become the second team after West Indies to win two T20 World Cup titles. At the same time, England captain Jose Butler took command of the team for the first time and landed in this big tournament and won the World Cup.

Captaining the English team for the first time, as soon as Butler won this World Cup, he was compared to the former great captain of India, Mahendra Singh Dhoni. In such a situation, today we will tell you why Butler is being compared to Dhoni.

Why Butler is being compared to Dhoni
Jose Butler landed in the World Cup for the first time while taking the command of England in the ICC T20 World Cup. At the same time, in his first World Cup, he gave victory to England and hoisted the flag of England in the ICC tournament. Seeing Butler, the fans started remembering India’s great captain Mahendra Singh Dhoni.

Actually, Mahendra Singh Dhoni also appeared in the T20 World Cup for the first time in the year 2007 as captain and wicket-keeper batsman. In his very first World Cup as captain, Dhoni gave the team a historic victory by waving the Indian flag and the team won the title. Just like Dhoni, Butler has also done the same thing for the England team in T20 World Cup 2022. Even under Dhoni’s captaincy, India defeated Pakistan in the final. At the same time, Butler has also created history by defeating Pakistan in the final under his captaincy.