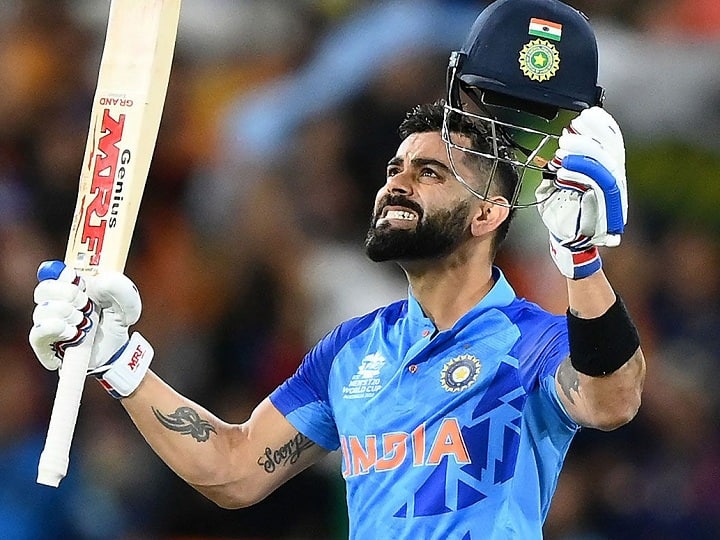 Virat Kohli’s Great Comeback: The thing is not very old. In September last year, Virat Kohli left the captaincy of India’s T20 team. Just before the T20 World Cup 2021, this decision of Virat was shocking. He left the captaincy citing heavy workload, although inside everyone knew that Virat, who was struggling with poor form at that time, was under tremendous pressure not to win a single ICC trophy under his captaincy.

He left the captaincy citing heavy workload, although inside everyone knew that Virat, who was struggling with poor form at that time, was under tremendous pressure not to win a single ICC trophy under his captaincy. but he could not bring any success to his team in the ICC tournament. Then Virat’s bat was also completely silent.

In the T20 World Cup 2021, the effect of this decision of Virat was shown and the Indian team was out in the first round after losing to Pakistan and New Zealand. After the World Cup, Rohit Sharma took over the command of the T20 team and Rahul Dravid joined Team India as a coach.

The matter did not end here…
The real fight had just begun. After leaving the captaincy of the T20 team, Virat was also pressured to step down from the captaincy of the ODI team. BCCI wanted to have the same captain in both the limited overs formats. Differences also emerged between the then BCCI President Sourav Ganguly and Virat regarding this. There were also reports of estrangement between Virat and Rohit Sharma. Lastly, in December 2021, Virat was stripped of the ODI captaincy. Virat had also targeted BCCI in one of his press conferences regarding this. There was a lot of ruckus about this press conference of Virat.

Only 1607 runs in three years in Test and ODI
The captaincy had gone from Virat’s hand but he was failing continuously on the batting front too. His bat was not able to score runs neither in Test, nor in ODIs nor in T20. In such a situation, Virat started living on the target of Indian cricket fans to former cricketers. The condition was that he was constantly being given breaks. Virat himself was not able to bat in the style and mood for which he was known.

More than a thousand days had passed even after Virat scored a century. From the year 2020 to 2022, where he was able to score only 872 runs in Test cricket, only 735 runs were scored in ODIs during this period. Even in T20, he was not able to show anything special. He was flopping badly in IPL too.

Career ending predictions and then…
In the series against England in June-July this year, he was so unsuccessful that it was said that Virat’s career was going to end. In the T20 World Cup also, the clouds of doubt were rising about his chances of being selected. Just before the Asia Cup 2022, cricket experts were even saying that Virat is being given more chances than necessary. Experts said that despite such poor performance in three years, he remains in the team, it is a big deal. After this the Asia Cup 2022 came and from here the story changed completely.

India’s lead scorer in Asia Cup
In the first match of the Asia Cup 2022, he played a slow but sensible innings against Pakistan. After this, he managed to score a half-century against Hong Kong. Both these matches boosted his confidence and in the next match he scored 60 runs in 44 balls against Pakistan. After this innings, it seemed that Virat has come in rhythm. And then he played a scintillating innings of 122 runs off 61 balls against Afghanistan in the last match of the Asia Cup 2022 and ended the drought of his 71st century. In the Asia Cup 2022, Virat was the highest run-scorer for Team India.

Played big innings continuously since Asia Cup
Since the Asia Cup, Virat has played big innings continuously. He also scored a half-century in the T20 series against Australia and also scored 49 runs against South Africa. Now playing an explosive innings of 82 runs off 53 balls against Pakistan, he gave Team India the victory, which seemed impossible. This wonderful innings of Virat has proved that he has once again reached the ground. Certainly in this T20 World Cup 2022, runs are going to rain with his bat.