Ramya Krishnan Birthday: Ramya Krishnan, one of the most talked-about actresses of South Cinema, is celebrating her birthday. He was born on 15 September 1970 in Chennai. Ramya worked in many South and Bollywood films. Recently she also appeared in the role of mother of South star Vijay Devarakonda in the film Ligar, but the success she got through the film Bahubali: The Beginning in 2015 was not found through any film. .

Ramya played the role of Sivagami in this film and now this role has become the hallmark of his film career. This role gave Ramya the position in cinema that she was looking for for a long time in her career. By the way, let us tell you that Ramya was not the first choice for the role of Sivagami. The director of the film SS Rajamouli first approached Sridevi for this role.

Sridevi liked the role very much but she had demanded a lot of fees for it. When Rajamouli refused to accept this demand of Sridevi, he refused to work in the film. After rejecting the offer of Sridevi, Ramya got this role which changed her luck. By the way, Ramya entered the acting world at the age of 13. He has worked in more than 200 films till now, which includes films in languages ​​like Hindi, Kannada, Tamil, Telugu and Malayalam. 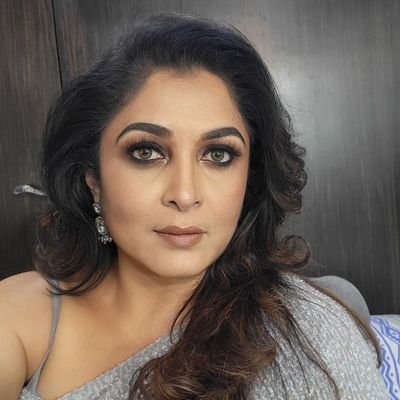 She was also seen in the film Bade Miyan Chote Miyan opposite Amitabh Bachchan. Ramya’s career in Bollywood did not show any special feat but she achieved a lot of success in South. His uncle Ramaswamy is a well-known actor and comedian.

Ayushmann B’day: Ayushmann Khurrana, who did not run away to become an actor, was banished from home, said about Mumbai, ‘There is a lot of dirt..’

TMKOC fans did not like the new ‘Tarak Mehta’, demand to bring Shailesh Lodha back on Twitter