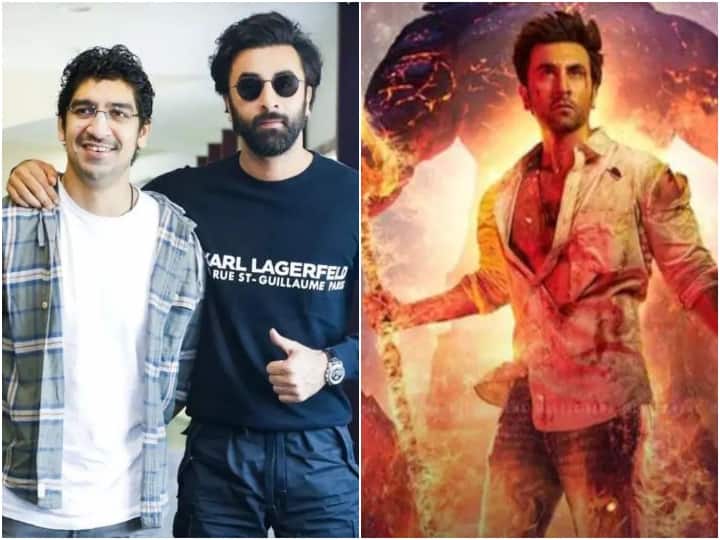 Ranbir upset with Brahmastra promotions
In the video shared from Alia’s Insta, Ranbir says that, nahi bhai ho gaya, I am done with ‘Brahmastra’ promotion and Ayan Mukerji. ‘Brahmastra’ is coming on Disney Plus Hot Star, it means promotion, more promotion, more promotion… more, more, more promotion… so much so that Alia would not have spoken Shiva-Shiva in the film. I myself have become a ghost while dancing. Alia’s voice has sat down by singing saffron….distributed laddus, now should I personally tell everyone that our film is coming on Disney Plus Hot Star. Please see, the light is coming.. the light has come. Happy Diwali..Ayan feels that I have no life other than Brahmastra. I am about to become a father, the biggest moment of my life. After this Ayan’s call comes on Ranbir’s phone and Ranbir says we must, we should promote. Everyone will have to watch ‘Brahmastra’, OK sir light is coming.”

While sharing this video, Alia has written in the comment hard fact. By the way, let us tell you that Ranbir has made this video for the OTT promotion of the film, in which he is promoting it in the indirect way.

Funny comments by celebs and fans
In fact, let us tell you that the superhit film ‘Brahmastra’ of superstar Ranbir Kapoor and Alia Bhatt, which performed at the box office, is being released on November 4 on the OTT platform Disney Plus Hot Star. This promotional video has been made about this. At the same time, from Bollywood celebs to fans, funny comments are being made on this video. Arjun Kapoor has posted a laughing emoji, while Ranbir Kapoor’s mother-in-law Soni Razdan has described the video as funny and cute. At the same time, a user has written, “I love this.”

The biggest hit of the year was the Hindi film Brahmastra.
Let us tell you that the year 2022 has proved to be very bad for the box office. This year many big films like superstar Aamir Khan’s Lal Singh Chaddha and Akshay Kumar’s Samrat Prithviraj have fallen flat at the box office. But Ranbir Kapoor and Alia Bhatt starrer Brahmastra is one of the selected biggest hit Hindi films of this year. Brahmastra, which released on September 9, has earned more than 250 crores at the box office, while the film’s collection has been more than 400 crores worldwide. Let us tell you that apart from Brahmastra, The Kashmir Files and Bhool Bhulaiya 2 are superhit films of the year 2022.