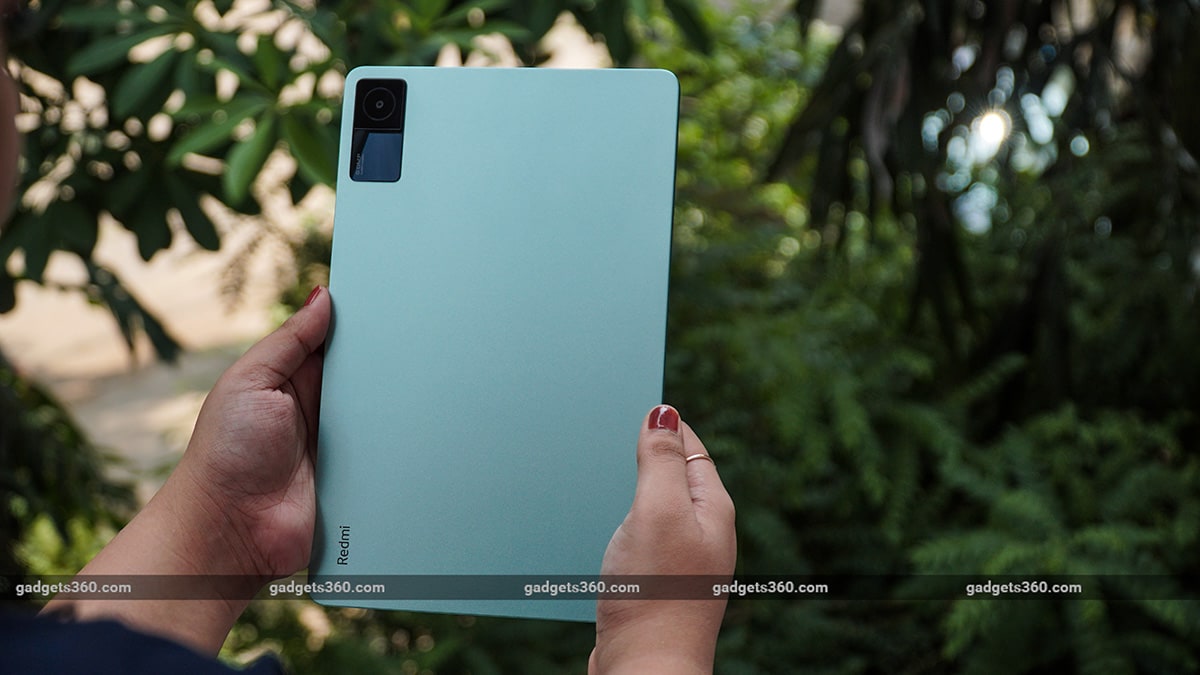 Xiaomi has launched its most affordable Android tablet in India in the form of the Redmi Pad, The Redmi tablet aims to strike the right balance by offering a large screen for multimedia consumption along with a performance unit that is no slouch. Xiaomi claims that the Redmi Pad is the right choice for budget Android tablet buyers in India. Priced under Rs. 20,000, it packs good hardware and offers a couple of features which are not even available in the more expensive Apple iPad,

The Redmi Pad came with an attractive introductory price in India, starting as low as Rs. 11,700 for the base variant with all the offers in place. However, the introductory offer was only valid for the first few days of the sale and now, the Redmi Pad is available at a slightly higher premium. With that in mind, should you still consider buying it? We help you find out.

The Redmi Pad, despite being a budget Android tablet, does not look like one. With an all-metal body, it offers a good in-hand feel. The flat frame design and good weight distribution make this Android tablet feel lighter than its actual weight of 465g. It is also fairly thin at 7.1mm. While the sides are flat, the corners curve smoothly to ensure they do not dig into your palms while holding the tablet in portrait or landscape mode.

I also like the Mint Green color of the Redmi Pad, which has a matte finish. This also means that the tablet does not attract many fingerprints or smudges. If you want something more classic looking or versatile, there are the Moonlight Silver and Graphite Gray color options.

There are no magnetic contact pins on the back of the Xiaomi Redmi Pad like on the Xiaomi Pad 5 ,Review), but you can connect a wireless keyboard via Bluetooth if you wish. Xiaomi, at the time of the Redmi Pad India launch, did reveal that there will be folio cases available, however, we are yet to see it on Xiaomi’s website at the time of publishing this review.

The Redmi Pad supports storage expansion of up to 1TB via a slot on the right side (when held vertically). At the top of the right edge of the frame are the volume buttons, whereas the tiny power button is at the corner of the top edge. You also get four speaker grilles — two at the top and two on the bottom. The Redmi Pad doesn’t get a 3.5mm headphone jack, which might be a bummer for some.

On the front, there is a 10.61-inch IPS LCD with a 2K (2000×1200 pixels) resolution. Compared to the competition, the Redmi Pad has a slight edge with its 90Hz refresh rate display and support for up to a billion colors. There is no HDR10 support, which is something I do not expect a budget tablet to have. I did expect the tablet to have some form of an oleophobic coating though, to prevent fingerprints and smudges. Unfortunately, the Redmi Pad doesn’t have one and like me, you too might find yourself wiping the screen every time you use the tablet.

The bezels around the display are not too thick but seem about right for a budget tablet. The 10-bit display also comes with a 15:9 aspect ratio and 400 nits of peak brightness. You will get the best viewing experience when the screen is placed right in front of your eyes, but view it from an angle and you will notice some color shift. The Redmi Pad has a Widevine L1 certification, which means that you can consume full-HD content on Netflix and other OTT platforms. The quad-speaker setup on the Redmi Pad is tuned with Dolby Atmos and for the price, it is quite loud and clear.

The Redmi Pad features a MediaTek Helio G99 SoC, which is also found in budget smartphones such as the Redmi 11 Prime and the Moto G72 ,First Look, The tablet also packs a massive 8000mAh battery with support for 18W fast charging. Xiaomi bundles a 22.5W fast charging adapter in the box. The tablet supports Wi-Fi 5, and Bluetooth 5.3, but does not come in a cellular variant.

On the software side of things, the Redmi Pad runs on the Android 12-based MIUI 13 skin out of the box. The software experience on the Redmi Pad is quite clean and smooth. There was no sign of any stutter across the user interface (UI). I also did not notice any bugs, particularly the automatic portrait/ landscape mode switch, which I have experienced in many tablets across different price points.

MIUI 13 for Pad comes with close to no bloatware, which is very rare to see in Xiaomi products. What is common to see is the number of features that MIUI adds on top of Android. These include split-screen, floating windows, etc. Some apps do not support split-screen natively but Xiaomi has stated that it is working with more developers to enhance the experience on the Redmi Pad.

Apps such as Instagram and Facebook are well-optimized to take advantage of the large screen but certain apps such as Twitter are basically stretched-out versions of the mobile app. MIUI 13 for Pad also has a dock at the bottom of the screen, which hides automatically when you open an app. The dock is dynamic and adds the recently-used apps on the right side in case you want to switch back to one.

Xiaomi has promised to offer at least two major Android updates, and security patches for three years for the Redmi Pad.

The Redmi Pad can handle basic day-to-day web browsing and scrolling in apps, fairly well. With a MediaTek Helio G99 SoC, users can also play some of the popular games on the Redmi Pad without having to worry about a poor gaming experience. I played games like Call of Duty: Mobile and Asphalt 9 Legends along with lighter titles such as Subway Surfers. Call of Duty: Mobile ran smoothly at ‘Medium’ graphics and ‘High’ frame rate settings, averaging roughly 40fps. There were very minor stutters here and there but overall, the gaming experience on the Redmi Pad was quite good.

Asphalt 9 Legends on the Redmi Pad

In the AnTuTu benchmark, the Redmi Pad scored 3,37,661 points, which is on par with the Redmi 11 Prime 5G’s ,Review) MediaTek Dimensity 700 SoC. The tablet scored 534 and 1684 points in Geekbench 5’s single-core and multi-core tests, respectively.

The Redmi Pad does not come with a fingerprint scanner and you will have to rely either on AI face unlock or the pattern/ pin unlock system. The front camera, despite being placed on the right bezel (when held in portrait mode), quickly detects and unlocks the tablet when using face recognition.

The Redmi Pad has an 8-megapixel front camera

Coming to battery life, the 8000mAh battery can last a full day without requiring you to charge it. In our battery loop test, the Redmi Pad lasted for 14 hours and 53 minutes. It might seem less for a tablet with an 8000mAh battery but remember that the screen is quite large and has a high resolution, therefore consuming more battery. If you consume video content and scroll through your social media feed for a couple of hours a day, the Redmi Pad would need to be recharged every third or fourth day.

The Redmi Pad has an 8-megapixel rear camera and an 8-megapixel front camera. The rear camera is useful only for scanning documents as the dynamic range is below average and the colors are a bit washed out for anything else. If you wish to click photos for sharing on social media, then you’d be better off using your phone. The Redmi Pad might not be the right choice.

The front camera does a decent job with selfies, and because the front camera is placed on the right bezel, you are always looking directly into the camera during video calls. There is an upcoming feature called Focus Frame which is promised in a future update. Similar to Center Stage on iPads, it is said to be able to adjust the frame according to your movement and will even widen the field of view up to 105 degrees.

The Redmi Pad, with all its hardware and software features, is certainly my obvious recommendation for anyone looking to buy an Android tablet under Rs. 20,000. With a capable performance unit, a big battery and a large screen, the Redmi Pad is suitable for a majority of use cases, including gaming.

I would recommend buying the 4GB RAM variant or possibly even the 6GB RAM variant. You not only get more storage but also the assurance of a smoother user experience. Some of the key MIUI 13 for Pad features such as split screen, floating windows, multi-window, etc, are not available on the 3GB RAM variant, so it makes sense to skip it. 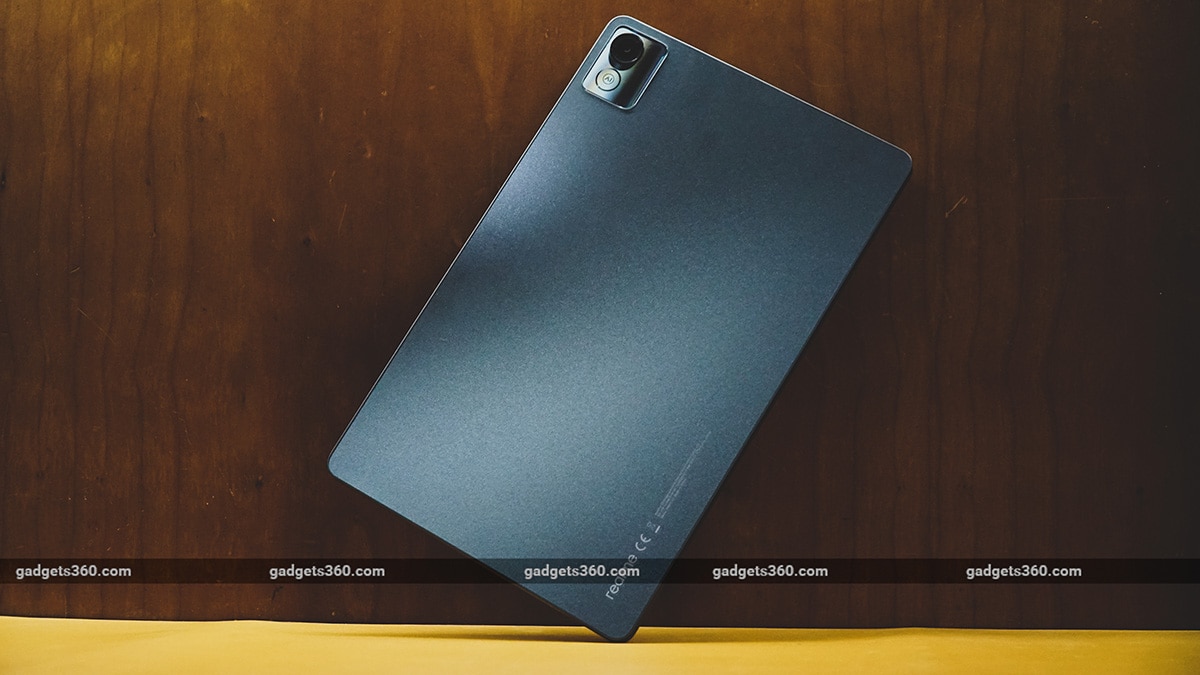 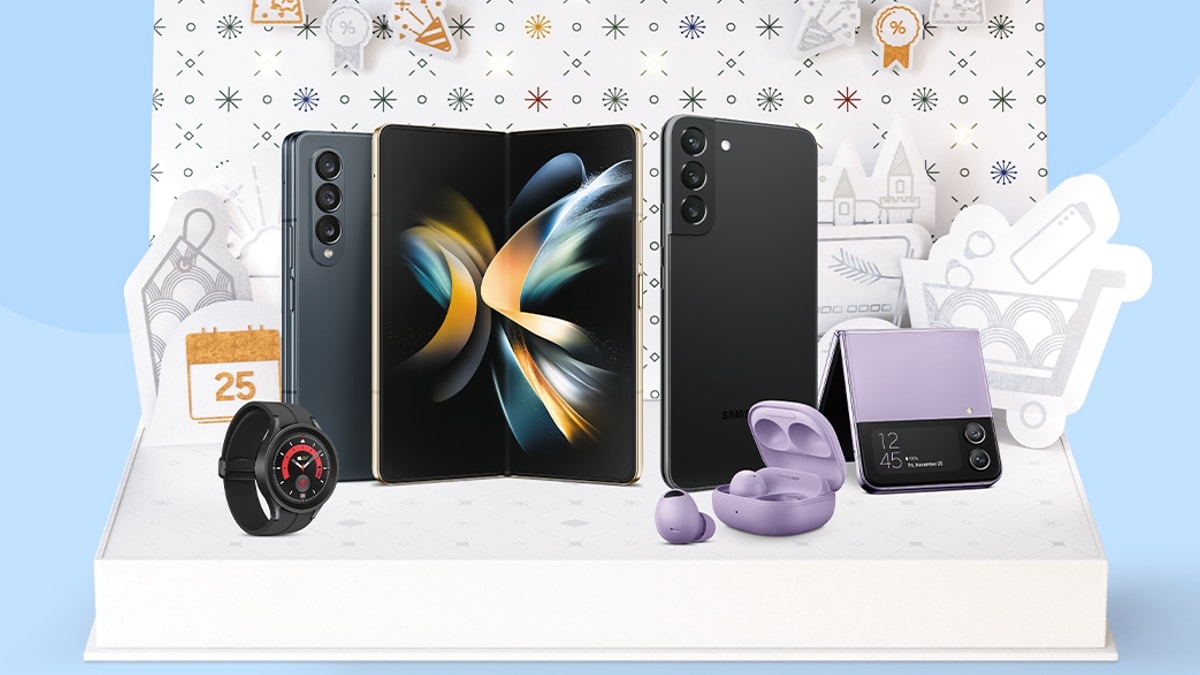