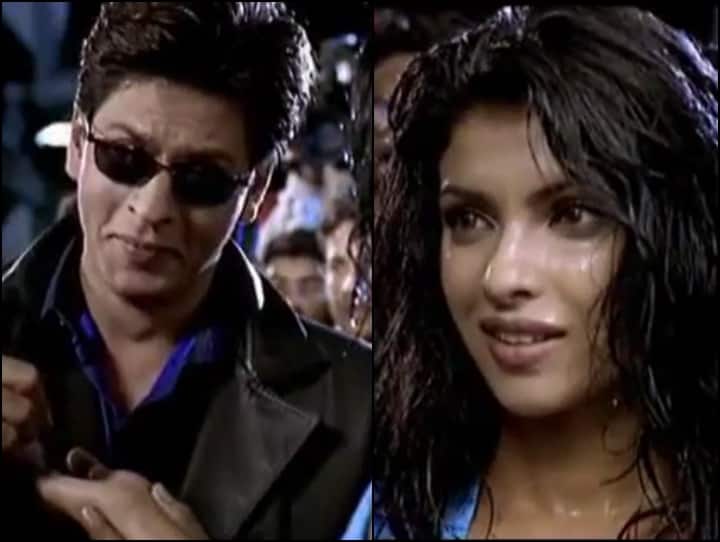 Shah Rukh Khan And Priyanka Chopra A Video: Shah Rukh Khan, who is called the King of Bollywood, remains a part of the headlines every day. His fan following is such that his fans are always eager to see him on screen and people like his romantic style very much. This is the reason why he is also called Romance King. Meanwhile, a video of him has come to the fore with Desi Girl Priyanka Chopra.

This video is not of today but of the year 2001, when Shahrukh Khan and Priyanka Chopra came together for a brand named Home Trade. In this ad video, tremendous chemistry was seen between Shahrukh and Priyanka. At the same time, after almost 21 years, this video has once again come into the limelight.

Fans liked the chemistry of both

This video of both of them has once again surfaced on the social networking site Reddit. In this ad video, it can be seen that Shahrukh Khan enters a big car wearing a blue shirt and black blazer. Shahrukh goes ahead and starts giving autographs to the people present there. Then his eyes fall on Priyanka Chopra and he looks back. Priyanka looks very attractive in a blue skirt and wet hair. After that Shahrukh moves towards him and signs autograph on his hand.

work front of both

Significantly, Shah Rukh Khan and Priyanka Chopra have worked together in films like ‘Don’ and ‘Don 2’. If we talk about the work front of both, then in the year 2023, Shahrukh is bringing films like ‘Pathan’, ‘Jawan’ and ‘Dunky’ one after the other. At the same time, Priyanka Chopra is in discussions about the film ‘Jee Le Zara’.

Urvashi got furious when the video of Virat Kohli’s hotel room went viral, said – If this happened to a girl?