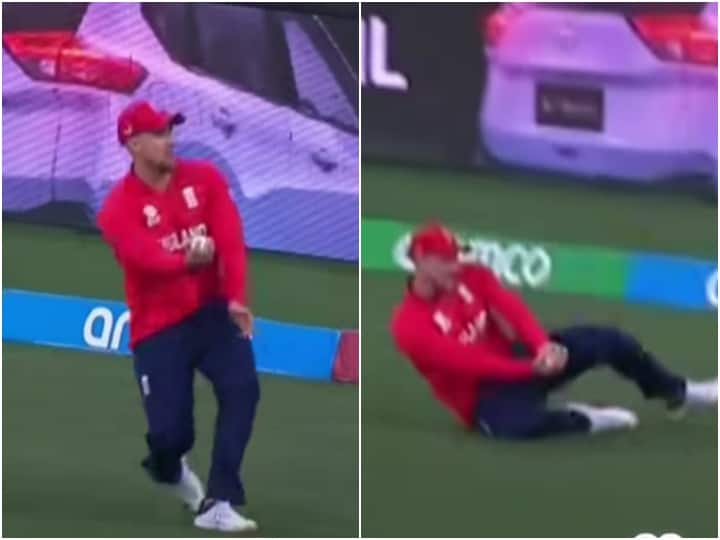 SL vs ENG T20 World Cup 2022: In the T20 World Cup 2022, a match was played between England and Sri Lanka in Sydney on Saturday. In this match, England registered a thrilling win by 4 wickets and made it to the semi-finals. During this match, great fielding was seen from England side. Team veteran Liam Livingstone caught a surprising catch. His catch is being praised a lot.

Actually, Sri Lankan batsman Kusal Mendis played a shot on the last ball of the fourth over of the innings. The ball could not middle the bat properly and started falling down before reaching the boundary. Meanwhile, Liam Livingstone ran towards the ball and took the slipping catch. Everyone was surprised to see this of Livingstone. The video of this catch was shared by the ICC on its social media. Sri Lanka lost its first wicket through this catch. At the same time, the first success was in the hands of Chris Woakes.

what was the condition of the match

In this match, Sri Lanka, batting first after winning the toss, put 141 runs on the board for the loss of 8 wickets in 20 overs. Batsman Pathum Nisanka made an important contribution in this innings of Sri Lanka. He scored 67 runs in 45 balls with the help of 2 fours and 5 five sixes.