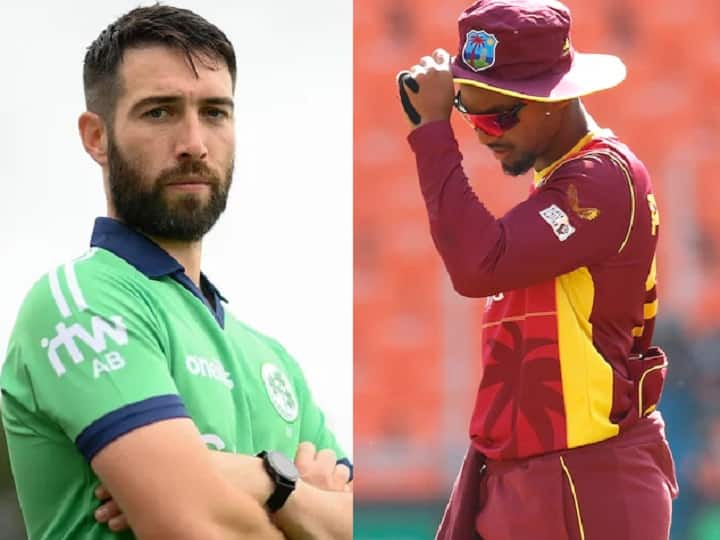 WI vs IRE: In the T20 World Cup 2022, the last two matches of the first round will be played today. In the first match, West Indies will face Ireland (WI vs IRE). At the same time, in the second match, the teams of Zimbabwe and Scotland (ZIM vs SCOT) will be face to face. The teams which win in these two matches will get entry in Super-12. All four teams have 2-2 points in their account. In such a situation, these matches for these teams are like ‘do or die’.

1. Ireland vs West Indies: Both the teams will face each other today at 9.30 am at Bellerive Oval Cricket Ground in Hobart. Ireland had lost their first match against Zimbabwe by 31 runs. In the second match, this team has kept the hope of reaching Super-12 by defeating Scotland by 6 wickets. On the other hand, West Indies were defeated by Scotland by 42 runs in the first match of this World Cup. After this, in the second match, the Windies team made a comeback and defeated Zimbabwe by 31 runs.

2. Scotland and Zimbabwe: Both these teams will also clash at the Bellerive Oval Cricket Ground in Hobart. This match will start at 1.30 pm. Scotland and Zimbabwe won their respective opening matches of this World Cup. Where Scotland did a big upset by defeating the Windies. At the same time, Zimbabwe defeated the Irish team. However, both the teams had to lose the next match.

10 teams have been decided for Super-12
Eight teams had already qualified for the Super-12 round of the T20 World Cup 2022. First round matches are being played for the remaining four teams. Here Sri Lanka and Netherlands have reached Super-12 from Group-A. That is, 10 out of 12 teams have been decided. After the matches to be held today, 2 more teams will enter the Super-12.