IND Vs AUS: Mumbai Indians’ star batsman Tim David got a chance to debut for Australia earlier this week. Now such a video of Tim David is going viral on social media which can ring alarm bells for Team India. In the video going viral, Tim David is seen hitting long sixes during the practice session.

David was born in Singapore to people of Australian descent who moved there in the early 1990s. In 1997, when he was two years old, his family moved back to Australia and grew up in Perth. He made his debut for Singapore in 2019.

Having been recognized as a big hitter in various franchise-based leagues such as Perth Scorchers, Hobart Hurricanes, Lahore Qalandars, Southern Brave, St Lucia Kings, Royal Challengers Bangalore, Multan Kings and Mumbai Indians, David was recently featured in this Was included in the squad for the T20 World Cup at the end of the year.

Although he debuted with a great reputation as a big hitter of the ball, 25-year-old Tim David said there was no extra pressure when he debuted for Australia. David said during a conversation with the media before the second day, “No, I don’t think it creates any pressure. I just play my game there and do what everyone else does.”

IND Vs AUS: Both Rishabh Pant and Dinesh Karthik should get a place in the playing 11, know why this demand happened 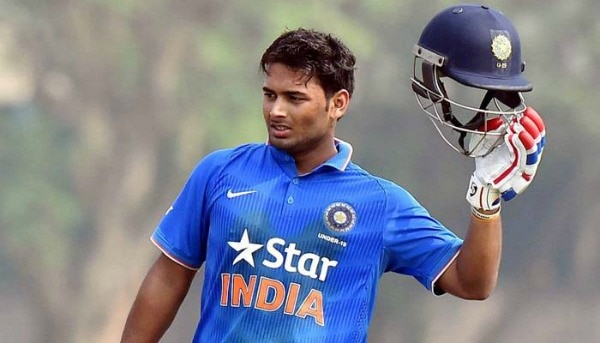 Isha Negi wished Rishabh Pant on his birthday in a romantic way, openly expressed his love