Urvashi Rautela Video On Rishabh Pant Birthday: As much as Bollywood actress Urvashi Rautela is not in the discussion about her professional life, she dominates because of her personal life. His affair with Indian cricketer Rishabh Pant has garnered a lot of limelight. From time to time Urvashi and Rishabh are seen taunting each other. Although both do not like each other, but in a latest video, Urvashi Rautela has shared a message while giving a flying kiss, which is pointing towards Rishabh Pant.

Actually, today i.e. on October 4, 2022, Rishabh Pant is celebrating his birthday. On this special occasion of Rishabh, his family, friends and fans are congratulating him. However, Urvashi Rautela has surprised everyone by wishing her a birthday. Urvashi Rautela has shared a video on her Instagram handle. She is looking amazing in a red color dress and hairband. There is romantic music in the background and she is seen giving a flying kiss. In its caption, Urvashi Rautela did not write Rishabh’s name, but has definitely written ‘Happy Birthday’, which is pointing directly towards Rishabh.

Fans are reacting fiercely to this post of Urvashi Rautela. Everyone is writing Rishabh Pant’s name in the comment box. Fans are saying that Urvashi wants to get Rishabh Pant back again. She has again fallen in love with Rishabh. At the same time, some are also saying that Urvashi has become Baoli. Urvashi Rautela has once again come into the limelight due to this video. 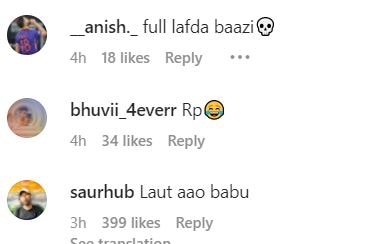 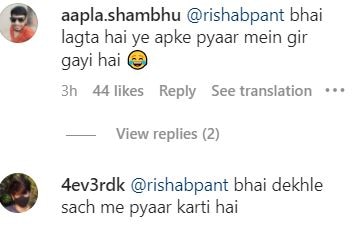 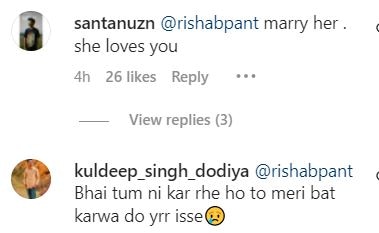 Urvashi and Rishabh were in a relationship at one time. However, they also had a breakup after a few months. Since then both are often in the headlines. In the past, when Urvashi Rautela had indirectly targeted Rishabh Pant in an interview, saying that the cricketers were after him. Then Rishabh replied and called her ‘sister’ and said that he should leave her behind. Then Urvashi also called Rishabh ‘Chhotu Bhaiya’. At that time, both of them had taunted each other through social media posts.