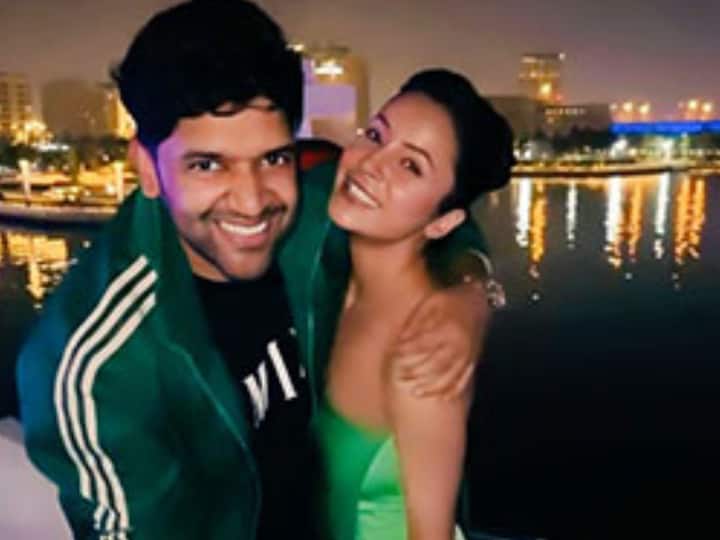 Shehnaaz Gill Romantic Dance With Guru Randhawa: The popularity of actress Shehnaaz Gill is not hidden from anyone. He continues to dominate social media and his posts go viral among his fans. At this time she has reached Dubai to attend the press conference of Filmfare. In such a situation, recently one of his videos is becoming increasingly viral on the Internet.

Couple dance of Guru Randhawa and Shahnaz Gill
Many glimpses of Shahnaz Gill, who reached Dubai in connection with Filmfare’s press conference, have gone viral in the past. However, her latest video has caught the attention of the fans, in which she is seen doing a late night couple dance with Punjabi singer Guru Randhawa. remind that recently Diwali During the party, a video of Shahnaz Gill and Guru Randhawa was doing the rounds, in which both were seen dancing and having fun together. Now Singer has created a stir among the fans with his another post.

Both were seen twinning in the video
Guru Randhawa has posted a video on Instagram, in which Shahnaz is seen in an off shoulder gown. While twinning with him, Guru Randhawa has also carried a green jacket with black T-shirt and trousers. In the video, you can see Punjabi singer doing couple dance on his song ‘Moon Rise’ with Shahnaz in his arms. At first Shahnaz is seen blushing and then turns around and starts hitting Guru Randhawa. In this darkness of the night, with the beautiful background, this dance of her looks even more spectacular.

In his post, the Punjabi singer has written, ‘Pa Gayiyan Shaman Ne Par with his favorite Shahnaz Gill’. Tagging Shahnaz Gill, he has asked ‘Should we shoot a video together?’ Just what was it then.. Their fans also started dreaming of seeing them together in a music video and are continuously giving their reactions while commenting.

Read this also- Neha Kakkar Video: ‘What to do with hungry stomach’ – what was Neha Kakkar doing during the shoot? you will understand after watching the video