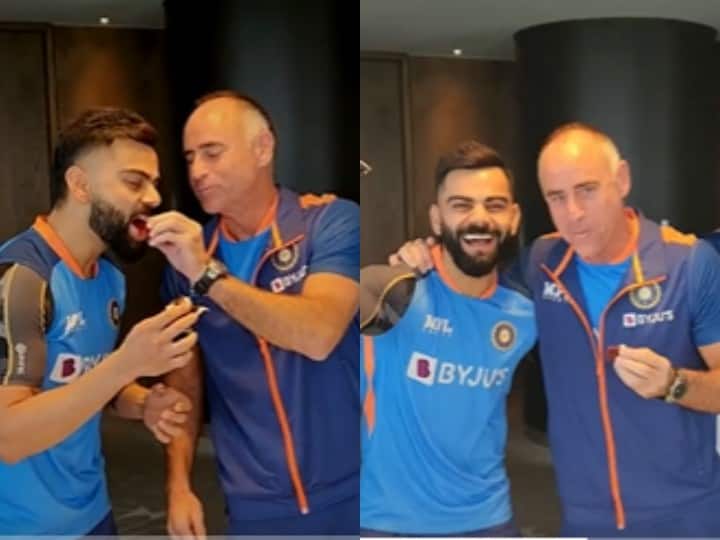 Virat Kohli Birthday T20 World Cup 2022: Former Indian cricket team captain Virat Kohli is in form. He has scored three half-centuries in four matches in the T20 World Cup 2022. He has given a stellar performance on many occasions before this tournament as well. Kohli is celebrating his 34th birthday today (5 November 2022). On this occasion, Kohli cut the cake with the players of Team India. Along with Kohli, Paddy Upton also cut the cake. Today is also Paddy’s birthday.

Birthday celebrations ON in Australia