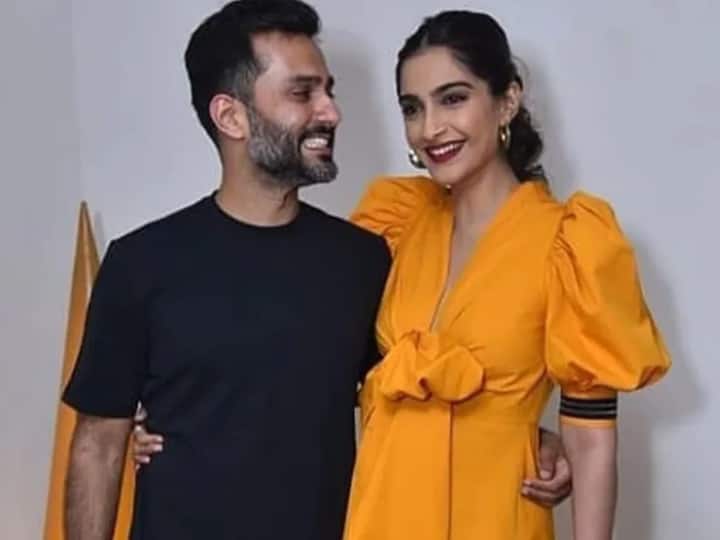 Anand Ahuja fixes Sonam’s shoe: Sonam Kapoor and Anand Ahuja are the cutest couple of Bollywood. The tremendous bonding between the two is evident from their photos and videos only. Apart from this, how much Anand takes care of Sonam, the proof of this can also be clearly seen in the glimpse that came out.

Sonam-Anand seen together at the store launch event
Sonam Kapoor and Anand Ahuja made their first public appearance together after becoming parents to son Vayu Kapoor. Both reached the store launch event of the Nike brand on 23 November. During this, a video is becoming quite viral, in which fashionista Sonam is seen carrying brown coat and front open skirt with black t-shirt and pants. In the video, you can see that while clicking pictures, suddenly Anand Ahuja’s eyes fall on Sonam’s shoes and he starts fixing his wife’s shoes in a crowded gathering.

In the video you can see, all the people present in the store are watching Anand doing this, but Anand doesn’t care and he is happily tying his shoelaces. Fans are very fond of this video on social media.

Couple is enjoying parenthood phase
Sonam and Anand have recently become parents to a son Vayu Kapoor. The couple has not shown the face of their son but often shares glimpses of both the sons with the fans. Please tell that Sonam Kapoor gave birth to son Vayu on August 20 and now she is slowly preparing for her comeback.