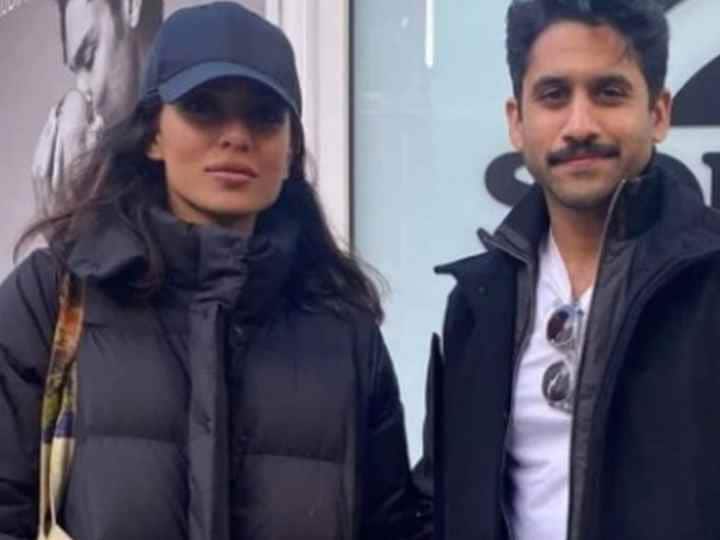 Sobhita Dhulipala with Naga Chaitanya: Only a few months after his divorce from Samantha Ruth Prabhu, Naga Chaitanya’s name started being associated with famous actress Sobhita Dhulipala. Speculations were rife that Naga has expressed his love for Sobhita after divorcing Samantha. But when the media asked Naga Chaitanya for an answer on their relationship, during that time Naga Chaitanya had ended this by saying that- I am just going to smile at your question… But these days the picture After seeing her going viral, along with Naga, all the people who were involved in the news of their relationship are smiling.

Recently, a picture is going viral on social media in which Naga Chaitanya is seen roaming abroad with Sobhita Dhulipala. In this viral picture, Naga Chaitanya and Sobhita are seen twinning in black jackets. This picture of Naga and Sobhita was shared by one of their fan pages. And as soon as their fans saw both of them together in one frame, this picture went viral on social media and people got answers to their questions as well.

Naga Chaitanya and Shobhita may or may not have said anything on the news of their relationship, but this picture has gone without saying many things. Naga Chaitanya has recently divorced Samantha Ruth Prabhu. Naga and Samantha got married in the year 2017 but in the year 2021, both of them decided to divorce each other. Seeing the separation of the two, their fans were very sad during that time. But it seems that Naga has decided to move ahead in her life before Samantha.